A Remembrance Day ceremony will be held at Kal Tire Place in Vernon. Doors open for seating at 9:30 a.m. and the ceremony begins at 10:15 a.m. A moment of silence will be observed at 11 a.m.

http://www.youtube.com/watch?v=2kX_3y3u5Uo On November 11, 1999 Terry Kelly was in a Shoppers Drug Mart store in Dartmouth, Nova Scotia. At 10:55 AM an announcement came over the store's PA asking customers who would still be on the premises at 11:00 AM to give two minutes of silence in respect to the veterans who have sacrificed so much for us. Terry was impressed with the store's leadership role in adopting the Legion's "two minutes of silence" initiative. He felt that the store's contribution of educating the public to the importance of remembering was commendable.

When eleven o'clock arrived on that day, an announcement was again made asking for the "two minutes of silence" to commence. All customers, with the exception of a man who was accompanied by his young child, showed their respect. Terry's anger towards the father for trying to engage the store's clerk in conversation and for setting a bad example for his child was later channeled into a beautiful piece of work called, "A Pittance of Time". Terry later recorded "A Pittance of Time" and included it on his full-length music CD, "The Power of the Dream".
---------
A Pittance of Time  (lyrics) Written by Terry Kelly Published by Jefter Publishing
Posted by Don Quixote at Sunday, November 11, 2018 No comments: 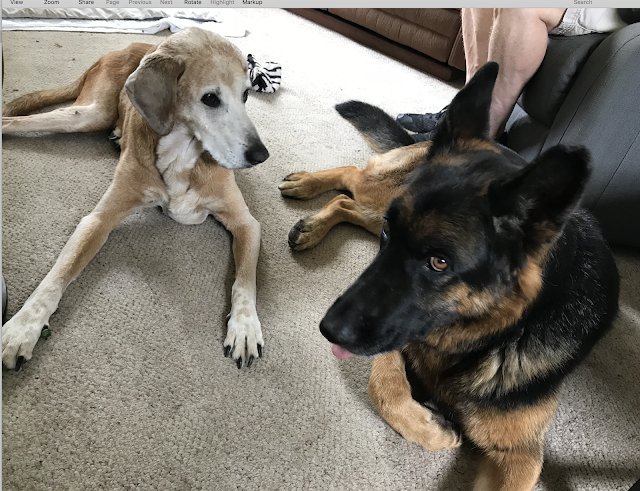 BILL C-45
http://www.parl.ca/DocumentViewer/en/42-1/bill/C-45/third-reading
An Act respecting cannabis and to amend the Controlled Drugs and Substances Act, the Criminal Code and other Acts
AS PASSED
BY THE HOUSE OF COMMONS
NOVEMBER 27, 2017
Posted by Don Quixote at Thursday, June 21, 2018 No comments:

https://www.castanet.net/news/Canada/229336/Legal-weed-as-of-Oct-17
Prime Minister Justin Trudeau says recreational marijuana will be legal in Canada as of Oct. 17. Trudeau made the announcement during question period in the House of Commons, which is expected to rise for the summer break after today. He says the government has delayed the legalization schedule in order to give the provinces and territories more time to implement their regimes.
-------------

Vernon, BC, Canada / 1075 Beach Radio Vernon Tom Mark June 20, 2018 09:55 am
Raises could be in store for the mayor and councillors in Coldstream for the next council. A motion going to council next week proposes raises of 11 per cent for councillors and 13 per cent for the Mayor to make up for a tax free allowance being taken away next year under the federal budget. Mayor Jim Garlick says careful thought was given to this. “We didn’t want to be seen by the public as oh you’re just taking advantage of this and bumping the amount up considerably because of the uh, once our tax being removed.”
Garlick says that essentially is downloading from the federal government. “What they’re going to be doing is taking those taxes from what’s paid to the local politicians and use at the federal level rather than them being kept at the local level because then you wouldn’t pay that out to the politicians.”

Currently, one third of their salary is tax free. “That was seen to cover expenses at local government levels as far as driving, like day-to-day expenses, not going to conventions and that, but day-to-day expenses. If you had to go out and meet with people, if you had to buy somebody lunch.” The proposal would see the Mayor’s salary rise from 30 thousand dollars a year to 34 thousand, while councillor’s salaries would increase to 15 thousand from thirteen and a half thousand dollars. This would go into effect January 1st of 2019.
-------------------
Staff Recommendation from COW Meeting:

Coldstream Council Remuneration adjustment on the Table on Monday 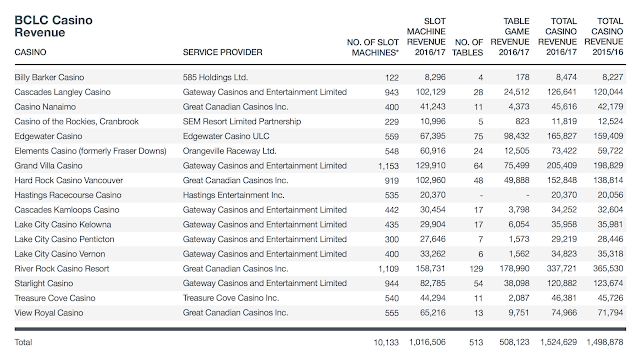 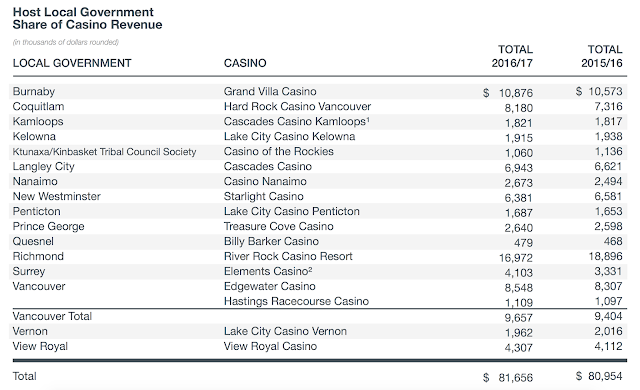 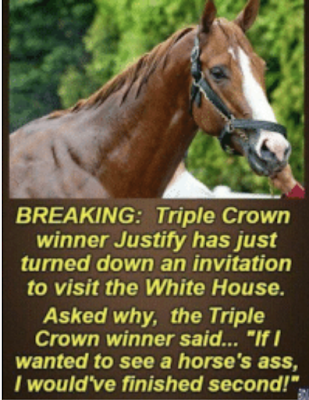 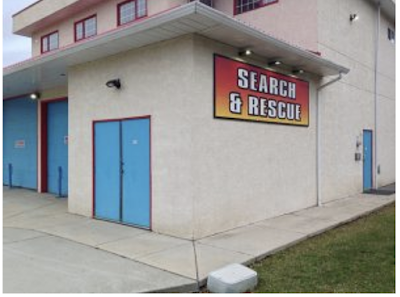 The biggest partner in the Regional District of North Okanagan has given its support to using an alternative approval process on the Vernon Search and Rescue borrowing question. Vernon council says it will support that process, as long as all the other RDNO partners do as well. “It’s happened in the past where the City of Vernon will support something and sometimes our partners don’t come on board. And when they don’t come on board, we get left holding the tab, as Vernon residents. So we want to make sure everybody is going to be on board,” Mund tells Beach Radio News. Councillor Juliette Cunningham says they have to take a stance. “We find ourselves being in part of functions that others aren’t, and all that means is it it costs our residents more.We’re just trying to make sure that everybody’s contributing to a service that is probably benefiting everybody,” says Cunningham. Mund feels there is a very good chance the measure will pass. “I don’t think there is an argument there (against the borrowing). You’ve got volunteers going out and rescuing people. That’s a pretty simple formula for people to support,” says Mund. The A-A-P — which still needs RDNO board approval — will determine if 3.5 million dollars is borrowed for land and a new building for the busy search group. Opponents of the plan would have to go to the RDNO office — or another location — during the process, and sign a form, saying they are opposed, with 10 percent of resident electors needed to derail the borrowing bylaw.
===========
2018 budget for Search and Rescue: 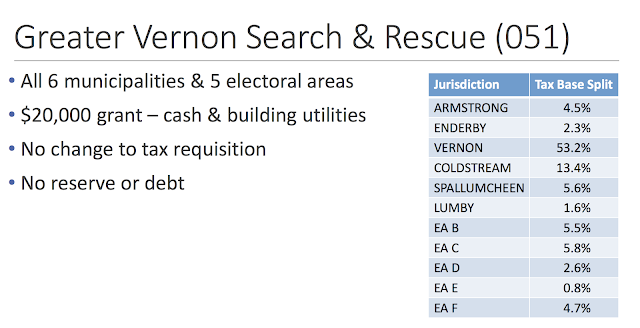 At Monday's council meeting the draft annual report will be approved:
THAT Council receive and approve the 2017 Annual Report for the City of Vernon as attached to the Internal Memorandum of the same title, dated May 31, 2018 and respectfully submitted by the Director of Financial Services; AND FURTHER, that Council scheduled a Public Meeting to receive submissions and questions from the public concerning the 2017 Annual Report on Monday, June 25, 2018 at 5:00 pm in Council Chambers.

Vernon, BC, Canada / 1075 Beach Radio Vernon Pete McIntyre June 05, 2018 05:00 pm
A recent discovery in Kalamalka Lake Provincial Park is another reminder of one of the former uses of the popular recreation area. A mortar was discovered in an unspecified part of the park last month. Lieutenant Mike St-Pierre, an explosive ordnance explosives technician from the Department of National Defence, says the site was used for military training during the second world war. “Even to this day, we are facing the legacy of that era, and on occasion, these things will come up in various places in Canada, and in the local community here,” St-Pierre tells Beach Radio News. St-Pierre says the mortar was collected from the park by a specialized technician, taken to a safe disposal area, and detonated. “So all of the explosive hazard is gone, and the situation has been returned to normal.” St-Pierre has this advice should you see something unusual in the park, or another area. “If you do suspect it’s an ordnance, don’t touch it, don’t engage with it, and notify local authorities who will provide a better assessment of the situation,” says St-Pierre.

The opinions expressed by "Don Quixote" are strictly his own and do not represent the opinions of Vernon Council!

Because I value your thoughtful opinions, I encourage you to add a comment to this discussion. Don't be offended if I edit your comments for clarity or to keep out questionable matters, however, and I may even delete off-topic comments.